NOTE: This post originally referred to the attraction as "Snuffle Ball". It appears "Snuffle Ball" was a different science element that involved balls and air pressure.

Rainbow Pyramid was a sunken play area at Sesame Place on opening day. Children were able to play as they learned about air pressure. 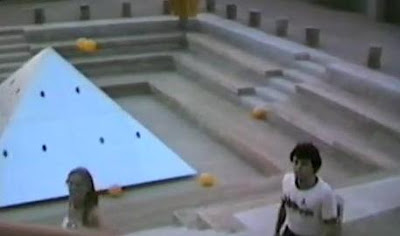 Image from YouTube
Guests would toss a ball at a pyramid that had jets of air coming out of  it. 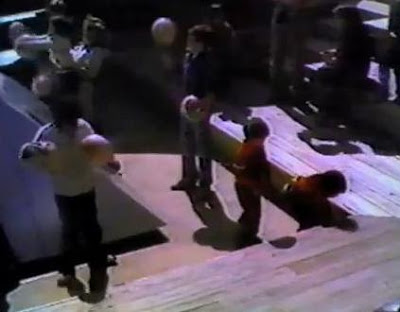 Image from YouTube
Air rushing over top of the spinning ball would move faster than the air below keeping the ball suspended.
In 2001 the space that Rainbow Pyramid had occupied became home to Sesame Playhouse, a boardwalk style, games of chance attraction. 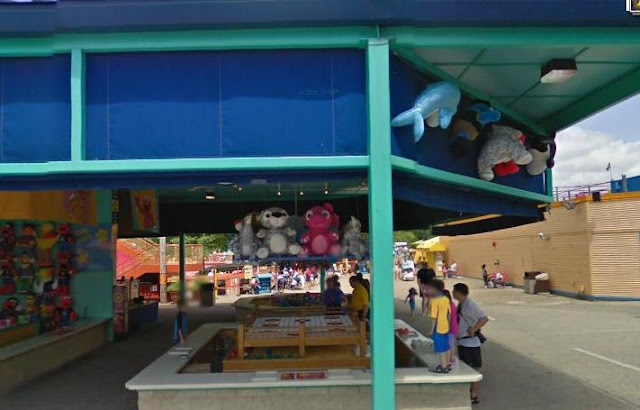 Image From Google Street Views
Posted by Guy Hutchinson at 7:00 AM