When you ask most adults what they remember about Sesame Place as a child, the answer is usually "the giant ball pit". 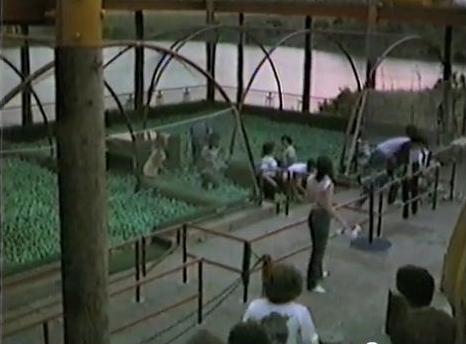 The two images above appear to be of the same Ball Room from different angles. You can see big wire frames in the top image and in the bottom one you see a large orange tarp covering the area to provide some shade.

The employee on the left is taking pictures of the kids in the Ball Room. She has an Oscar the Grouch puppet on her hand. 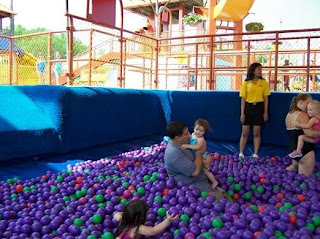 
The original Ball Room was only about 2 feet deep, but held an estimated 80,000 plastic balls. Over the years the balls (and the carpet surrounding walls) were changed many times and were many different colors.
Muppet Wiki says that the attraction was part of Big Bird's Court, a play area that opened in 1983 and still exists in the park today. 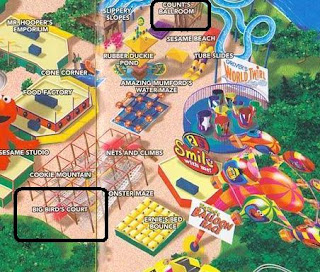 To back this up, in some early pictures of the Ball Room you see the man-made lake that's behind Sesame Place, before all the trees grew in: 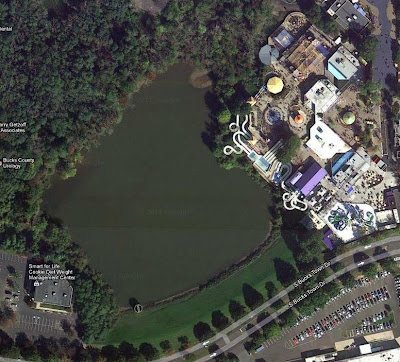 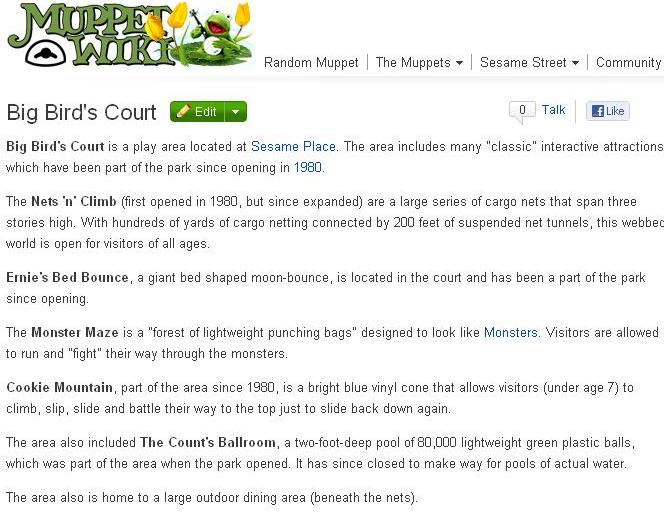 
Muppet Wiki also says The Count's Ballroom closed to "make way for pools of actual water". This is likely NOT the case. The one that was listed in 2004 was removed in 2006 for the Elmo's World land (specifically Blast Off.)
The other one was also in this area (since this was the only area of the park that existed in 1980) and the only "pools of actual water" are at the bottom of Slippery Slopes (which opened in 1983.) 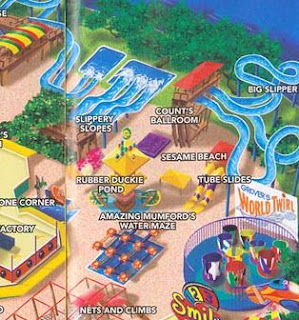 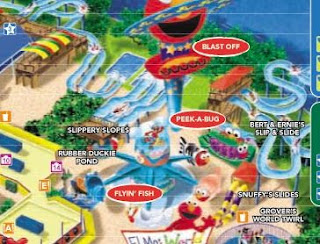 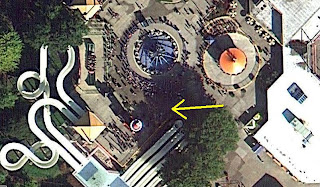 
The setup for the ball pit (in the images below) seemed to be that you would wait in line and eventually lined up (sitting) along the edge of the pit until the Sesame Place employee gave you the cue to jump and and play. 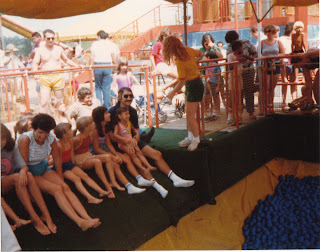 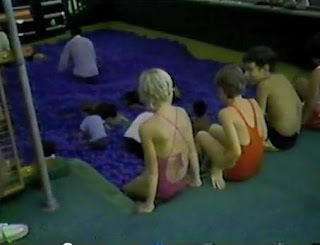 
Today there are no Sesame Place Ball Rooms, but the memories of wading through a seemingly endless pit of balls will never fade. 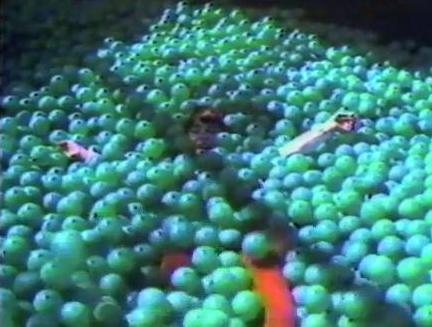 Posted by Guy Hutchinson at 1:19 PM