As I researched yesterday's post on The Count's Ball Room I found three images in three different newspapers that appeared to all feature the same kids. 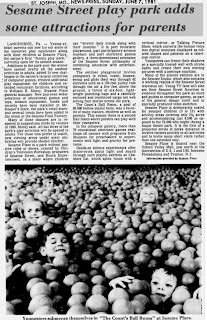 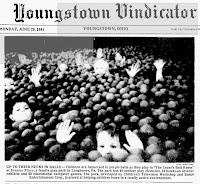 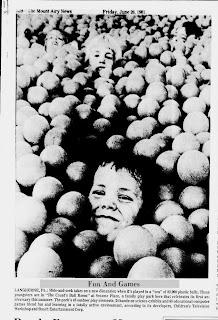 These pictures were probably all taken within a minute of each other and then sent out to different newspapers.

This one features a nice article that lists all the new additions to the park as it started it's second season:
-14 new challenges to "the nations largest collection of computer games" at The Computer Gallery
-More merchandise added to Mr. Hooper's Store
-Several treats added to the Sesame Food Factory menu
-All but three attractions are now open to children AND adults
-Addition of a second Ball Room

The article also lists the park as 2 and 1/2 acres (rather than the often quoted 3 acre opening day size) and says it can accommodate 4,500 guests a day. 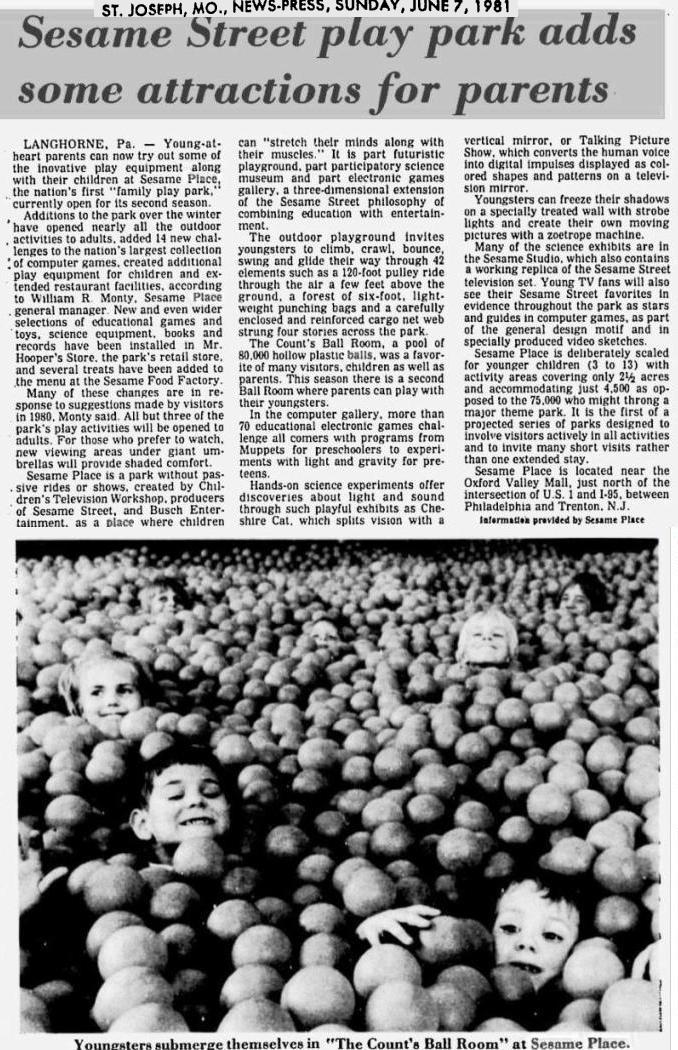 Next, an image of the kids in the Ball Room was used in the Youngstown Vindicator on June 29, 1981. This article mentions that the balls are purple and that the park has "40 outdoor play elements, 24 hands-on science exhibits and 60 educational computer games."
The article from the St. Joseph, MO., News-Press from earlier that month listed the educational computer games as numbering "more than 70". 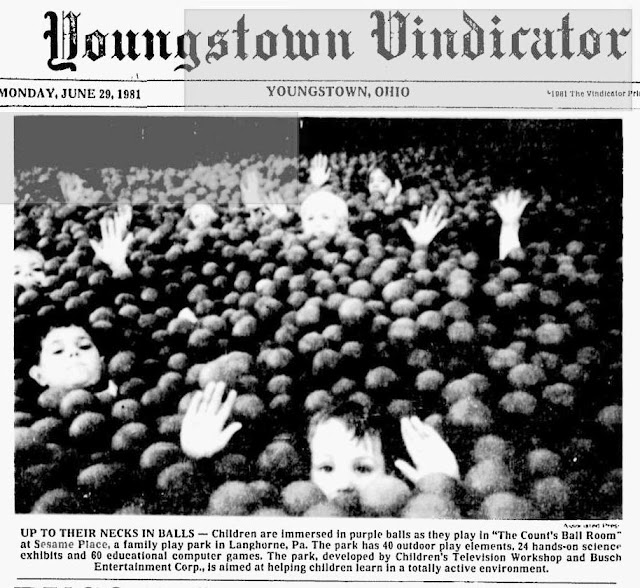 The final one is from The Mount Airy News from Friday June 26, 1981. This one has a similar description to the one above, but with different wording: 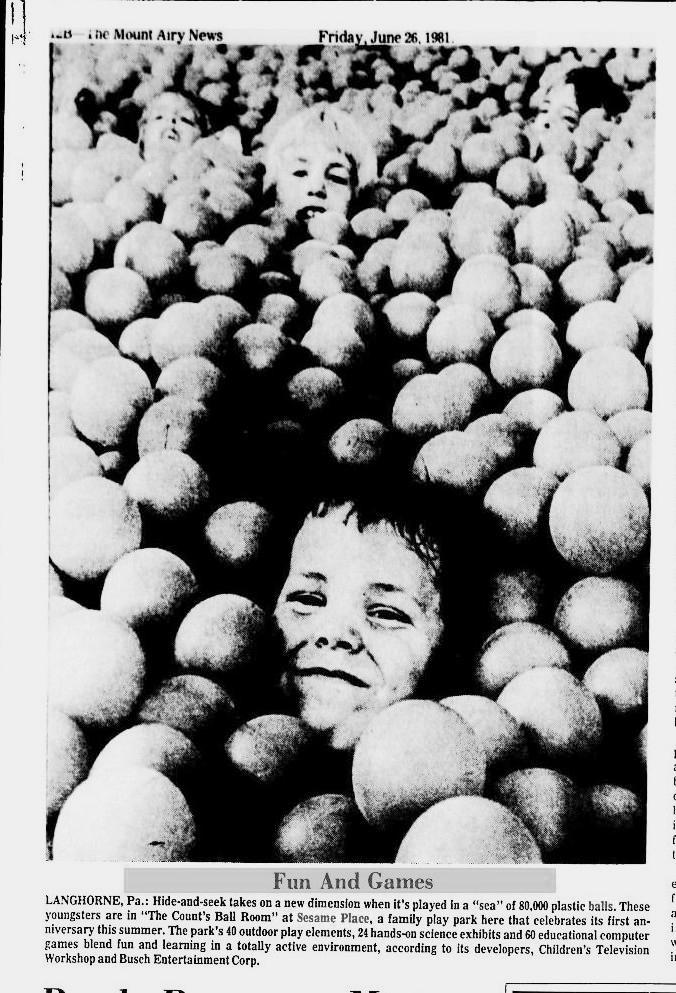 Posted by Guy Hutchinson at 6:47 AM