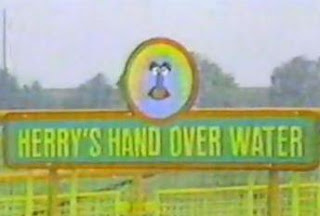 
Herry's Hand Over Water was an attraction that opened with the park in 1980. It was named after Herry, the strong but gentle Sesame Street Monster. 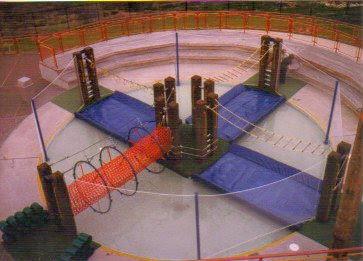 
The attraction was essentially a jungle gym with water below. There were a central hub with rings dangling in one direction, rope ladders in two directions and a crawl tube in the fourth direction.
Image from eBay
1980 Image from YouTube
As with any playground equipment, there is a risk of injury. Herry's Hand Over Water was no exception. The play area came under the safety spotlight when a Philadelphia Inquirer reporter's son broke his arm falling from the rope ladder. 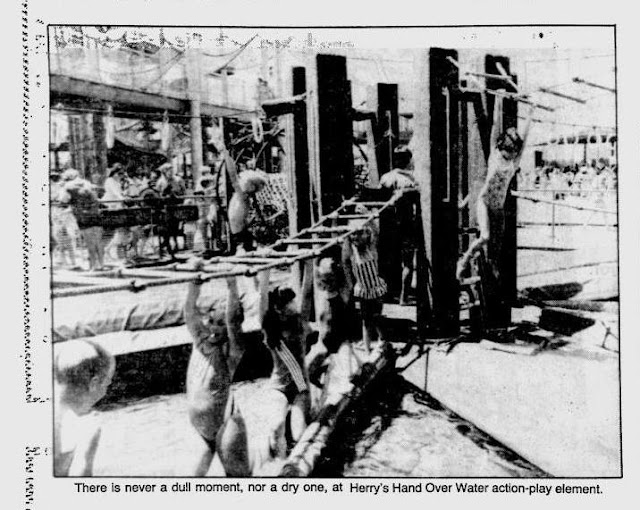 The Herry's Hand Over Water play element was converted into the Sesame Construction Company in 1984. 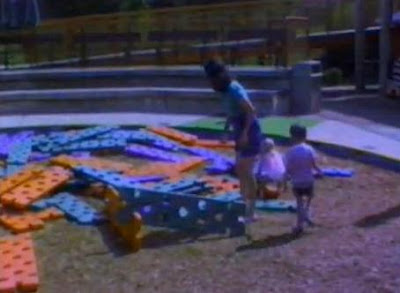 
Today the area is home to Big Bird's Balloon Race. It was the very back right hand side of the park in 1980, but with the expansion over the years the entrance of the park has shifted. 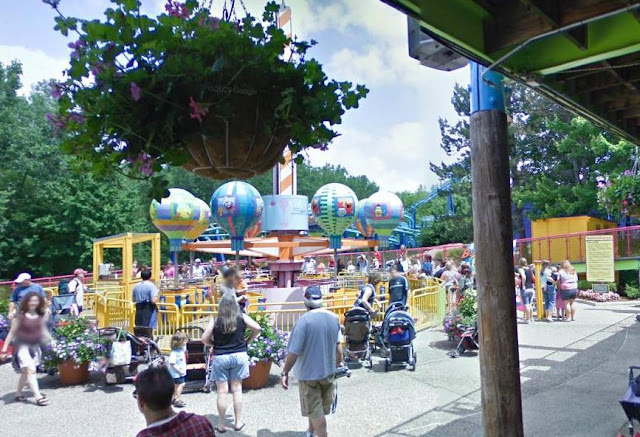 Image from Google Street Views.
Posted by Guy Hutchinson at 10:14 AM