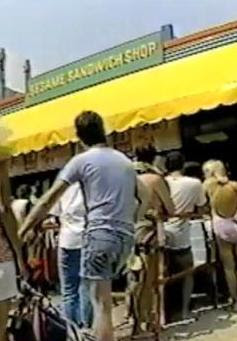 
The Sesame Sandwich Shop was a counter service restaurant that opened between 1982 and 1986. It stayed in business at Sesame Place until sometime after 2000.

When Sesame Place opened in 1980 there was one place to eat, a 720 seat restaurant called Sesame Food Factory.

As the park continued to expand, Sesame Sandwich Shop was one of the other places to grab a bite.

Currently the location (across from Count's Splash Castle) is called Count's Cool Creations and serves frozen drinks on hot days. 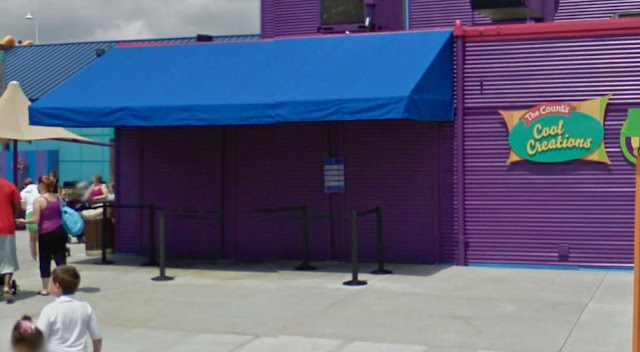 Image from Google Street Views
Posted by Guy Hutchinson at 11:10 AM