Here is an article about the park from 1992. At this point the park had been open for 12 years. It's interesting to note that this was in the Milwaukee Journal, far away from Langhorne PA and appeared in September - just a month before the season ended. 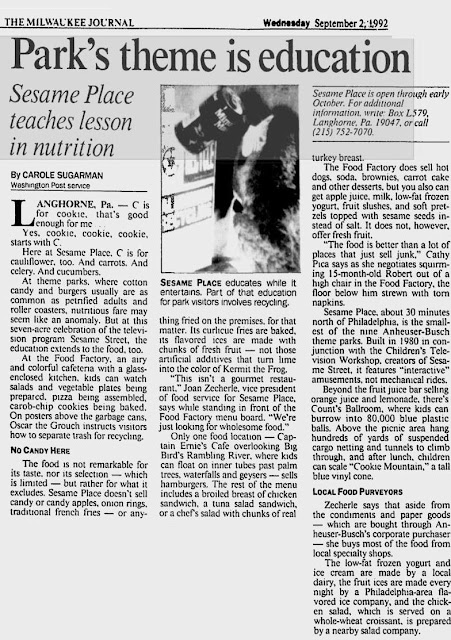 Here are some of the facts from the article:

-Sesame Food Factory (referred to as Food Factory) was still open and still had a glass enclosed kitchen where guests could watch food being prepared. Today the restaurant is named Elmo's Eatery and the kitchen is still visible to guests, but without any glass.

-No fried food was sold at the park at this time. The fries were baked and flavored ices contained real fruit.

The image is a bit difficult to understand, I can see the recycling can and the can of Minute Maid juice being deposited by what seems to be Oscar the Grouch. According to the article, posters above the trash cans featured Oscar showing how to separate trash from recyclables.

I have traced what looks like Oscar to me: 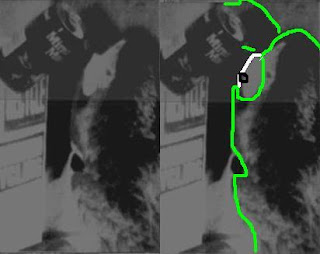 Do you see something different? Maybe this is a Sesame Place Rorschach test!