End of an Era: Sesame Place to demolish virtually all remaining 1980 attractions

The announcement of Cookie's Monster Land (opening in May 2014) means the end of several attractions that have been at Sesame Place since opening day in 1980. 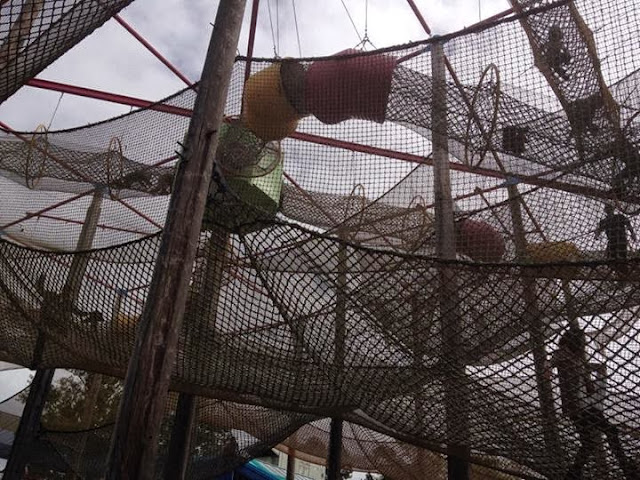 More often called "the nets" this series of large nets has undergone a few changes over the years, but is one of the most iconic features of the park. A new and smaller net climb will be built called Monster Clubhouse. 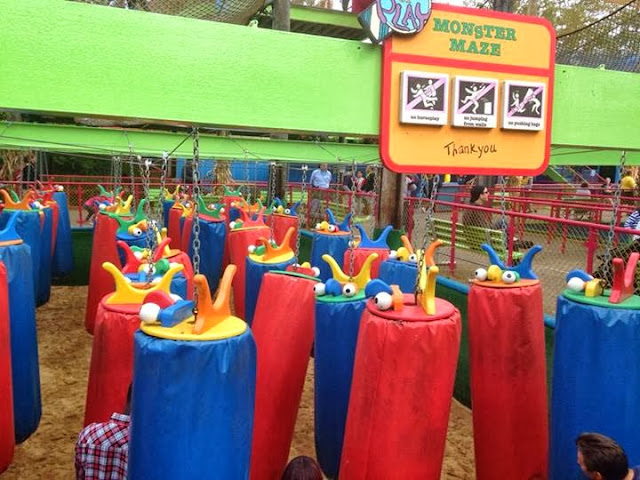 This opening day attraction is a "maze" of lightweight punching bags in a small sandy area. They will be removed. 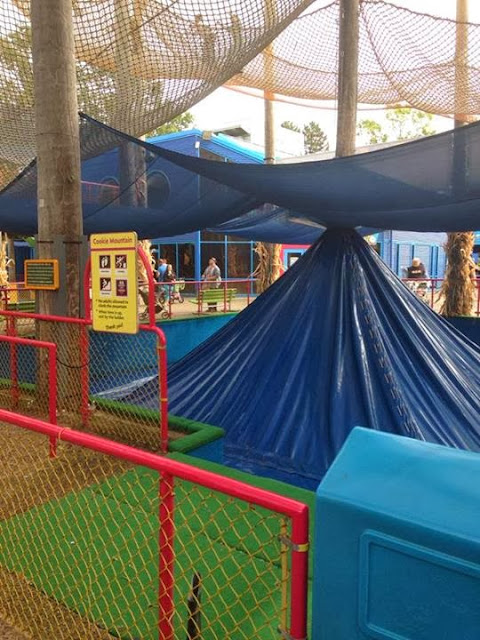 This was an orange/red color on opening day in 1980. It has since been changed to blue. It is located under the Nets & Climbs and is an attraction where kids can climb up a soft surface. 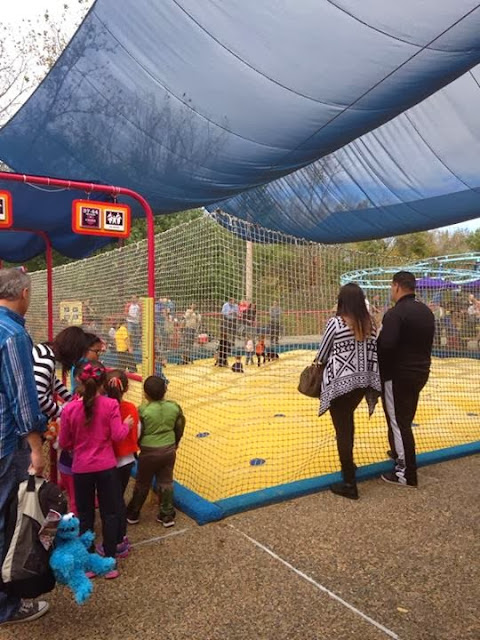 This attraction looks very similar to how it appeared on opening day. Kids bounce on a large inflatable surface. In 1980, mom and dad could bounce too. The prevalence of bounce houses elsewhere makes this less exotic than it was in 1980 but the attraction is still very popular. 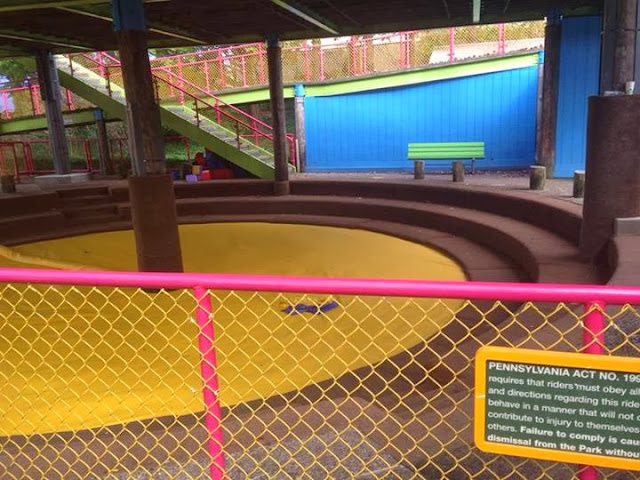 This was a soft bounce area where kids could play with soft blocks. A new soft play area called Mini Monster Clubhouse will be built.

To understand the history of these attractions take a look at this image: 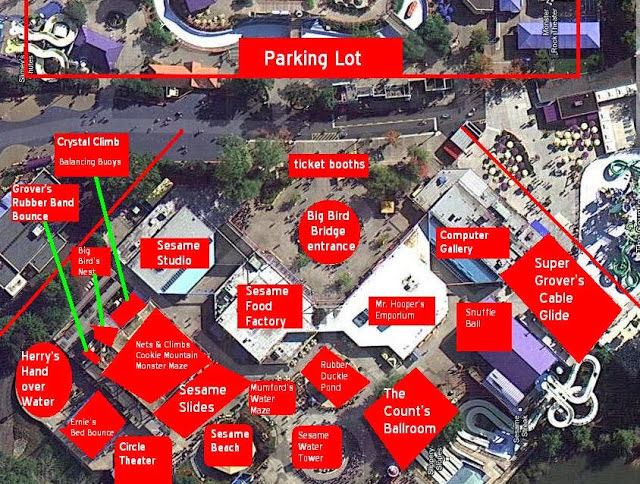 This is a Google Earth shot of Sesame Place (today) with early 1980s attraction names written on top.