Rock Around the Block Parade 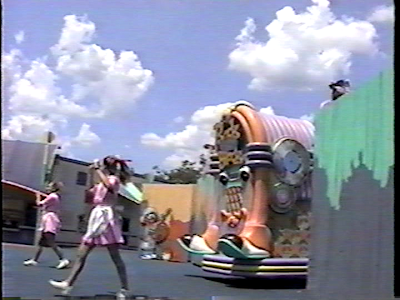 The Rock Around the Block parade was the parade at Sesame Place from 1997 to 2010. The parade featured large floats, dancers, characters and songs like Wipe Out and Let's Go to the Hop.


The parade kicked off with Jackman Wolf, a parody of Wolfman Jack. 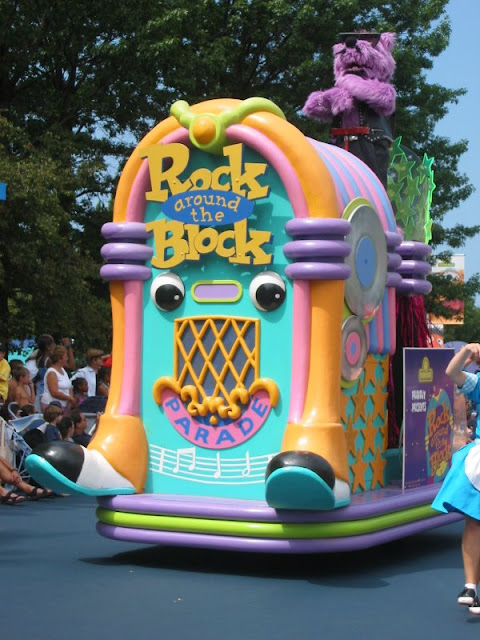 Jackman was a perfect fit for the parade, but an odd choice since many of the kids wouldn't remember him from his few appearances on Sesame Street home videos.

Parents and grandparents, on the other hand, loved the jokey spoof of the legendary DJ.

After Jackman, a few dancers and then your Sesame Street pals came out to dance and mingle with the crowds. They were followed by a large Elmo float (which often had a few kids sitting on it.)

Next we saw the Sesame Brass band, a Mr. Snuffleupagus float and an elaborate trash can float topped off with a grouchy Oscar puppet. 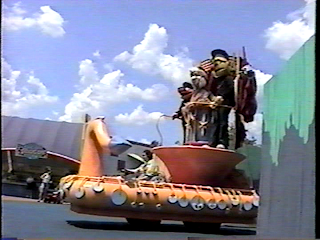 Next you had Ernie and Bert dressed as beatniks and a Hoots the Owl puppet. 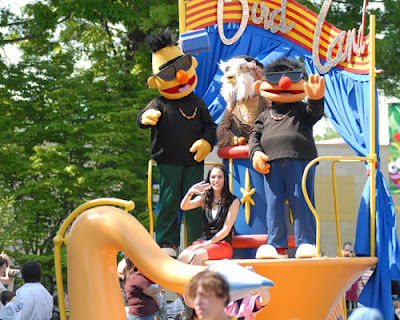 Hoots is a jazz playing Sesame Street resident who debuted in 1985 and was at the peak of his popularity in the late 1990s. 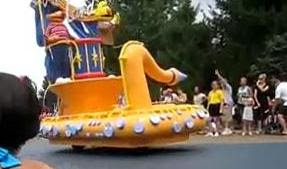 The next float featured Count Von Count at his organ. 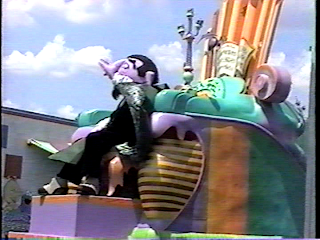 Next some dancers and a bird float featuring Rosita and Prairie Dawn.

The parade ended with a Big Bird float. 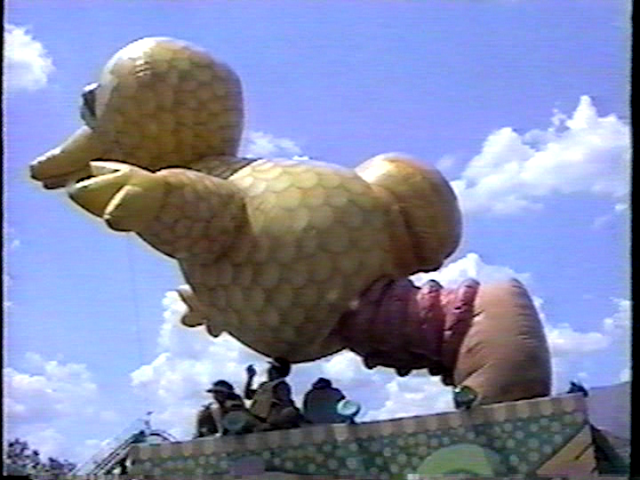 Over the years there were floats and characters added and other changes. The parade was retired after the 2010 season. In 2011, the Neighborhood Street Party parade debuted.