Big Bird & Company was a stage show that opened in 1989 at the Big Bird Theater (today called the Monster Rock Theater.) 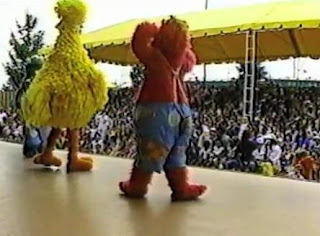 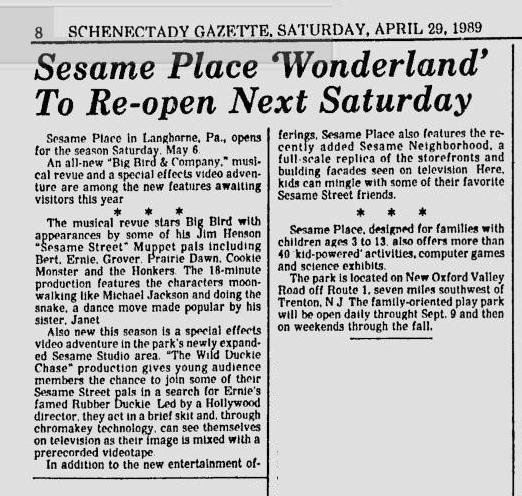 Big Bird: Hi everybody, my name is Big Bird. What's your name?

(Every child in the audience shouts their name out)

(Axel F starts playing and Big Bird begins to do a robot dance with the Honkers.) 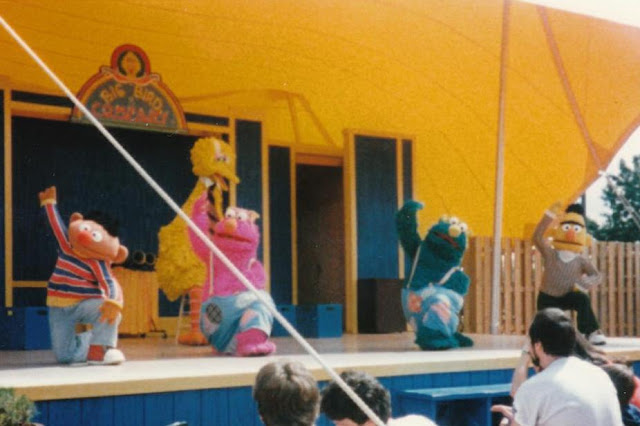 Muppet Wiki lists 1992 as the closing date, but a 1993 article about the park mentions the show.

Today the theater hosts the Elmo Rocks show.
Posted by Guy Hutchinson at 7:00 AM