Aerials of the Parking Lot

Below are a series of aerial shots of the Sesame Place parking area: 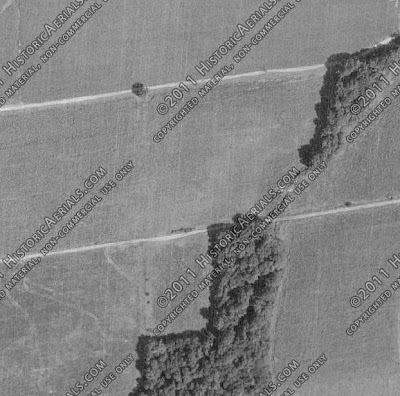 Images from Historic Aerials
This is an interesting shot to see. Of course, this was almost ten years before the park opened and there wasn't a parking lot yet.

Also, since the park was much smaller when it opened, this area wasn't likely a parking lot until years after the park opened. The original park had the entrance in what is now the middle of the park so it's likely all the parking areas were south of this lot. 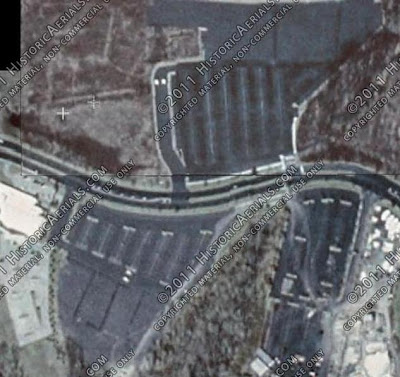 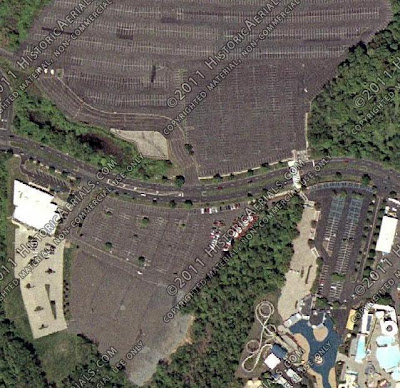 Here, in 2002, we see the lot greatly expanded into it's current size. We can also see that the park has expanded into the shot including attractions like Grover's Vapor Trail (the roller coaster next to the trees bottom center.) 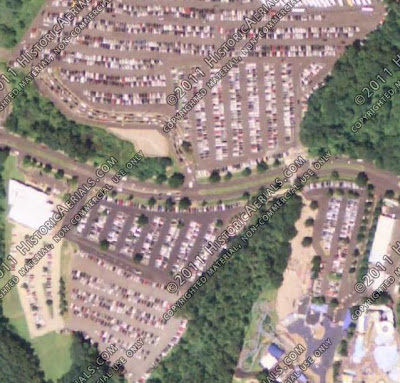 No significant changes from 2002, but this was taken on a busy day at Sesame Place. You can see the parking lots are all filling up (or full) and you can see cars lined up to the road waiting to enter the parking lot. 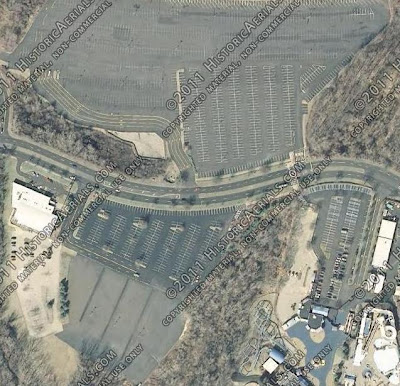 This is the most current view on Historic Aerials. What is most interesting to see in this shot is how tall the trees plated in the lot on the bottom left have grown since the 2002 image.

It also shows empty lots, except for the few dozen cars in the VIP lot (bottom right.)
Posted by Guy Hutchinson at 7:00 AM