Amazing  Mumford's Water Maze was a play element that opened with the park in 1980. 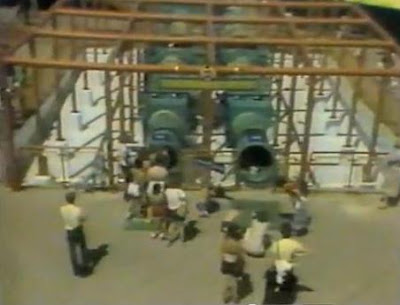 The attraction was a maze of plastic tunnels and netting with water that would spray over the area, soaking kids as the crawled through the net area. 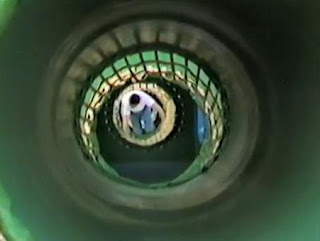 The attraction lasted at the park into the 2000s. I was eventually removed. It's former footprint was behind Sesame Food Factory and in front of Sesame Beach. Today the area is occupied by a walkway and a planter between Elmo's Cloud Chaser and Grover's World Twirl.

Image from Google Street Views (left) and YouTube (right)
Posted by Guy Hutchinson at 7:00 AM