Rainbow Pyramid was a play area at Tokyo Sesame Place. It was the same as the Rainbow Pyramids in Texas and Pennsylvania.
Guests would toss a ball at a pyramid that had jets of air coming out of  it.

Air rushing over top of the spinning ball would move faster than the air below keeping the ball suspended. 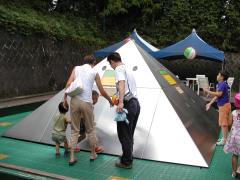 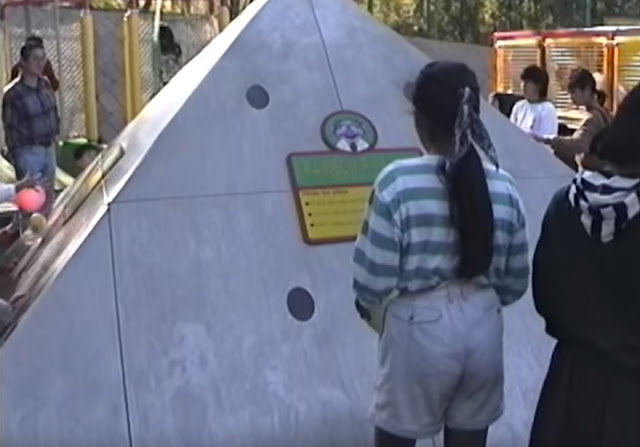 Image from YouTube
Posted by Guy Hutchinson at 11:16 AM