Tokyo Sesame Place had a remarkably long set of escalators. These would take you up and down the mountain that separated the park from the parking lot.

As you rode up the escalator Big Bird's head would become visible at the top. 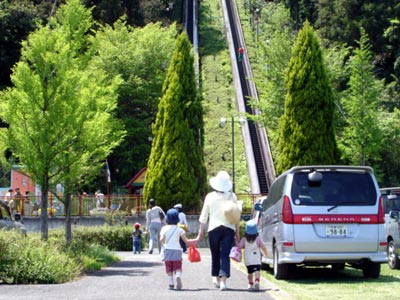 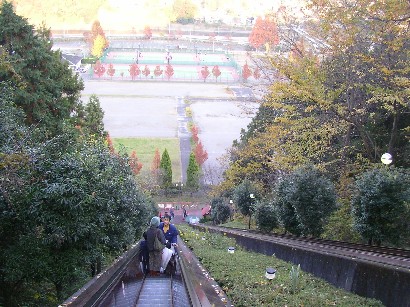 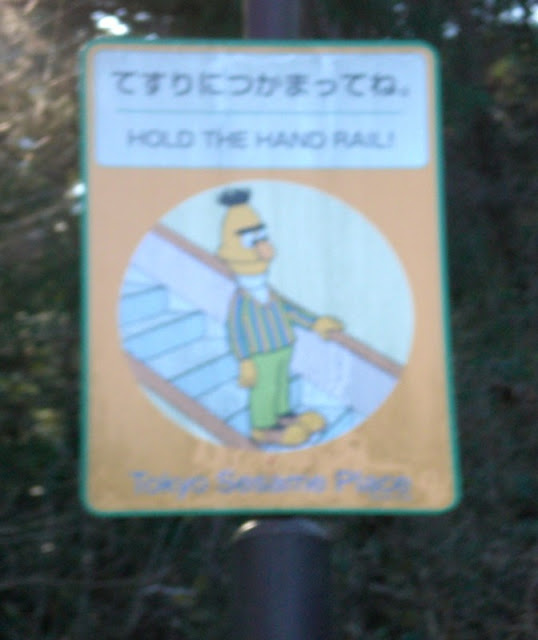 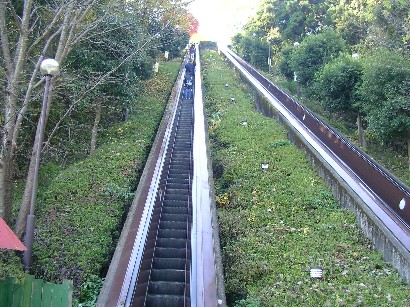 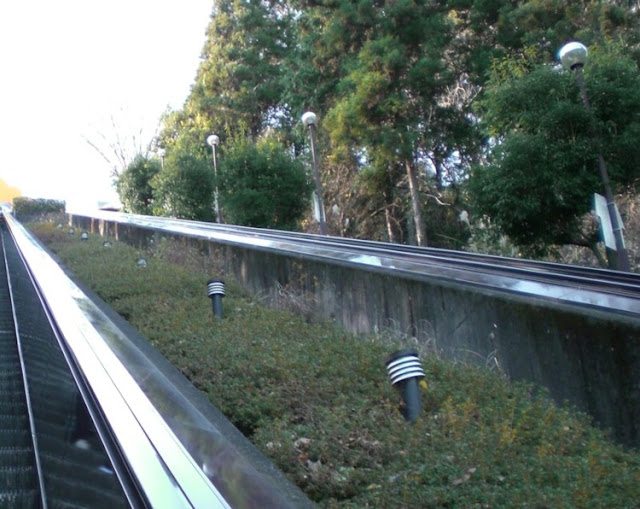 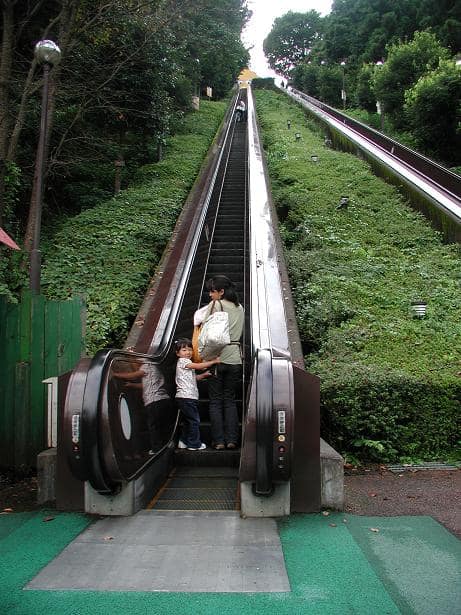 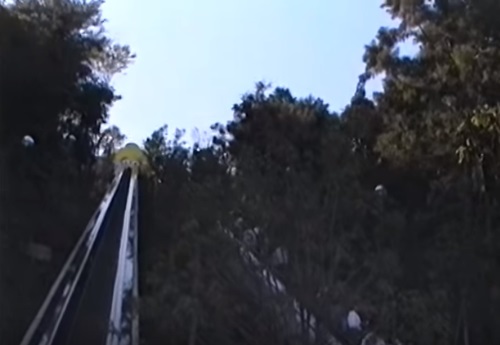 
Many pictures make it look like the Big Bird head was directly in front of the escalator, but it was a dozen or so feet back, as you can see in this picture: 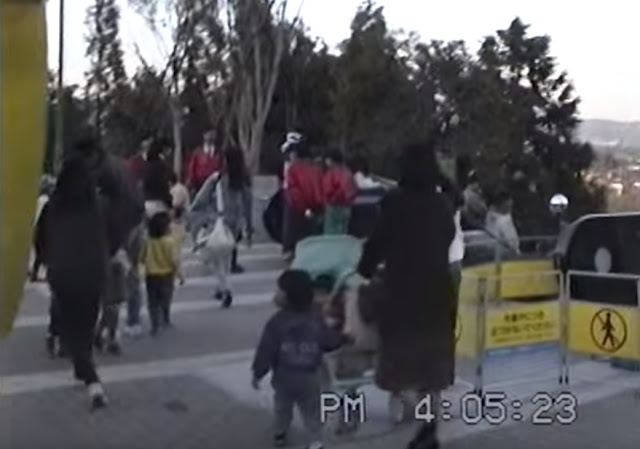 After the park closed the escalators were removed: 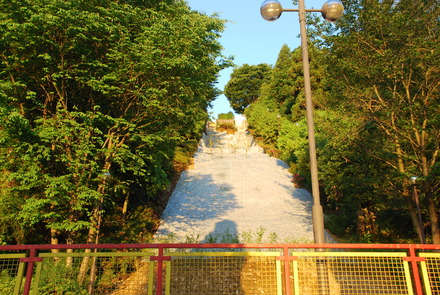 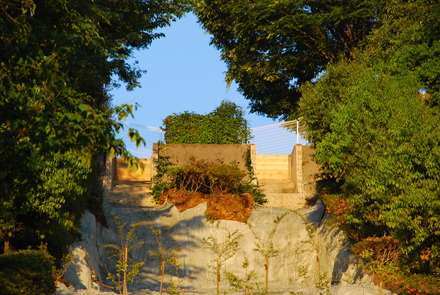