Sesame Studio is the name of an theater that currently houses Elmo's World Live: 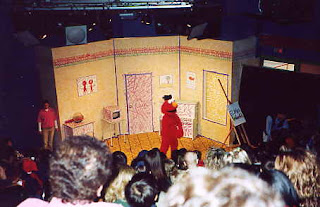 When the park opened in 1980, Sesame Studio was a very different attraction. One of the popular features was the Ernie's bathtub photo op: 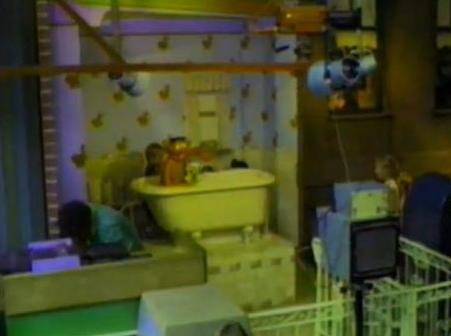 Children could step into a bathtub with Ernie and his rubber duckie: 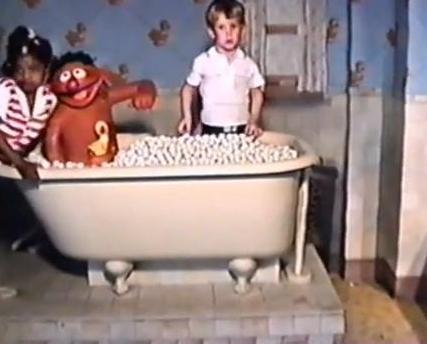 The bathtub was located next to a large, indoor, replica of The Sesame Street Set. 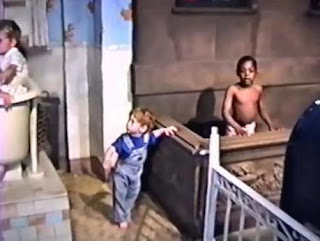 This replica was phased out after the introduction of the larger outdoor neighborhood in 1988: 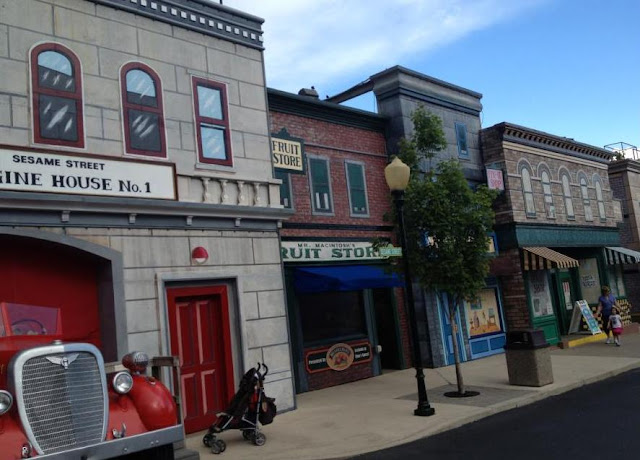 The Sesame Street Set was located next to a small chroma key theater: 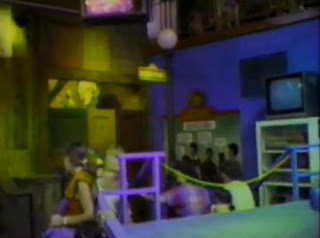 The Sesame Street Set featured Big Bird and Little Bird peeking out of the nest and Prairie Dawn, Grover and Count Von Count looking out the windows.

Kids could also pose for pictures inside Oscar's trash can (which was actually a half trash can open in the back.) 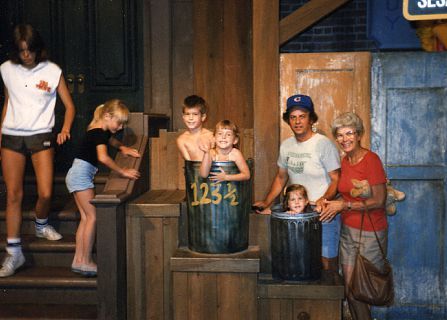 There was also a second floor balcony (which included a walkway to the upstairs exit of the studio.) 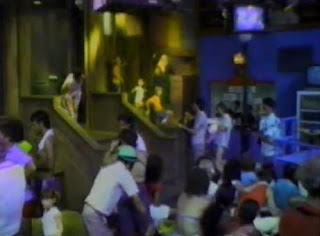 The chroma key stage would show children how the special effects were done on their favorite TV shows. 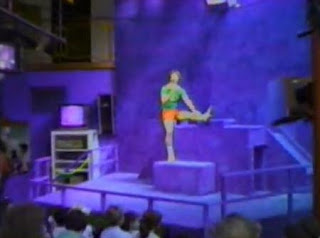 The studio was transformed in the 1990s to create the larger theater that currently shows Elmo's world. For a time, the larger theater existed alongside exhibits like a room of mirrors (called Teleidoscope Temple) and these play puppets: 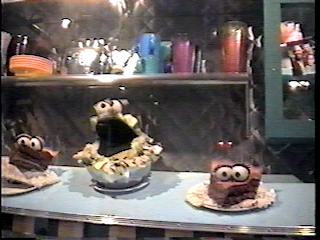 I'm not sure what the space is used for today, but it seems like the current theater only occupies two thirds of the building.


2015 UPDATE:
When working on the Sesame Place book I found that some of the science elements were also located on the second floor of the Computer Gallery.

Episode 16 of The Purple Stuff Podcast features a story about Return of the Jedi special effects being shown in the blue screen theater,
Posted by Guy Hutchinson at 7:00 AM