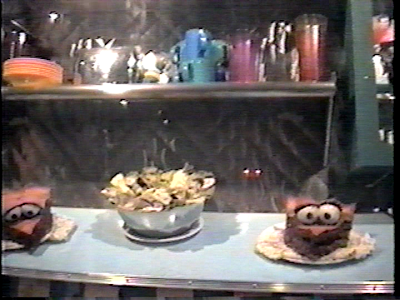 Here are some pictures from 1999 that show some puppets that were at Sesame Studio.

This was a small stage that resembled a food counter (likely Mr. Hooper's store from Sesame Street). There were three puppets; two resembled pies and one resembled a salad. 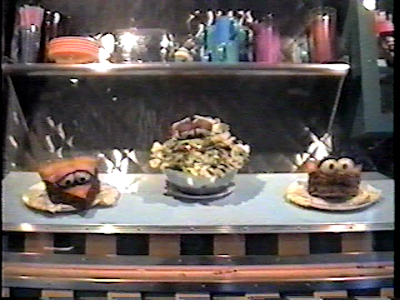 Look closely at the image above and you can see pictures of Sesame Street actors Bob McGrath and Roscoe Orman attached to the cabinet above the stage (counter.)

The entire setup was behind glass. Kids could enter the display from underneath and operate the puppets through holes in the bottom of the stage. 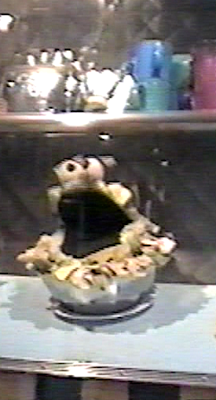