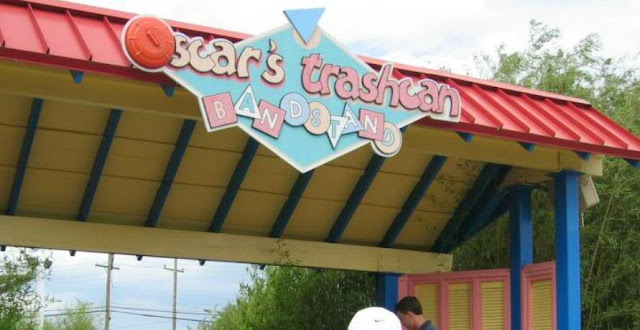 The area featured instruments made of objects like this upside down tub: 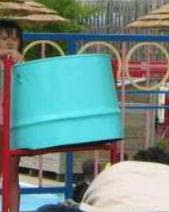 Later, the area was converted into a game of chance titled Ernie's Duck Pond: 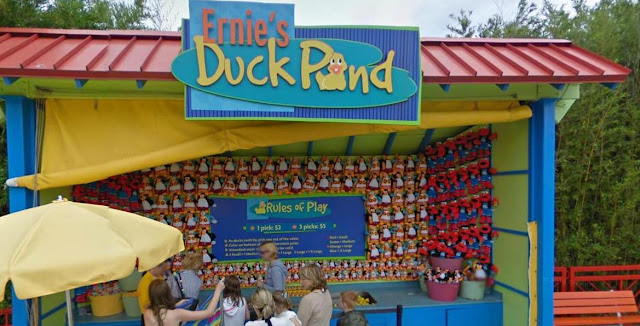 When it was Oscar's Trashcan Bandstand it was up a small flight of stairs: 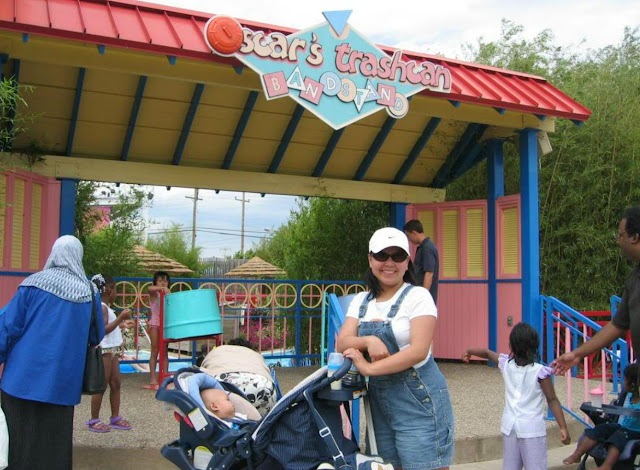 You can see how the cement is slightly different colored in the area where it was replaced when the steps were removed: