Here are three articles about possible locations for the third U.S. Sesame Place park. These articles (all from June 6, 1981) show that Florida was considered.

The second Sesame Place was under construction at the time in Texas. The article from the Sarasota Herald-Tribune also mentions that the Langhorne Sesame Place cost nine million dollars to build.

At this time Sesame Place was owned by Anheuser-Busch and the prospective locations considered were Orlando, Fort Lauderdale and several other Sun Belt cities. 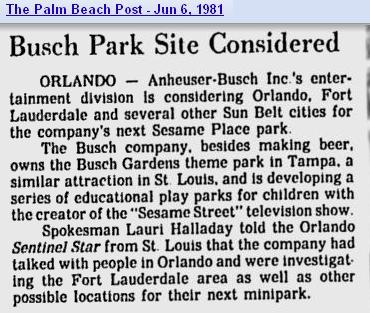 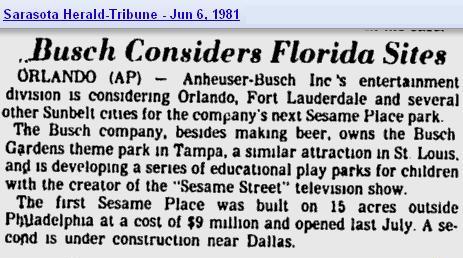 Posted by Guy Hutchinson at 9:39 AM