Actor Bob McGrath has been on Sesame Street since the very first episode. Today, at age 80, he still appears on the show. He has also appeared at Sesame Place: 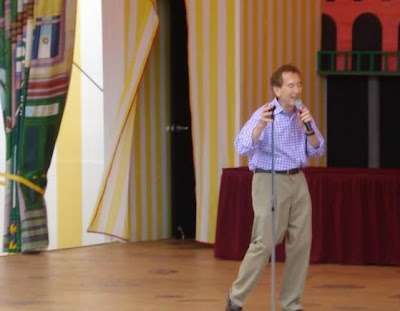 These images are circa 1998 and show Bob singing before a packed house at the Big Bird Theater (now Monster Rock Theater). 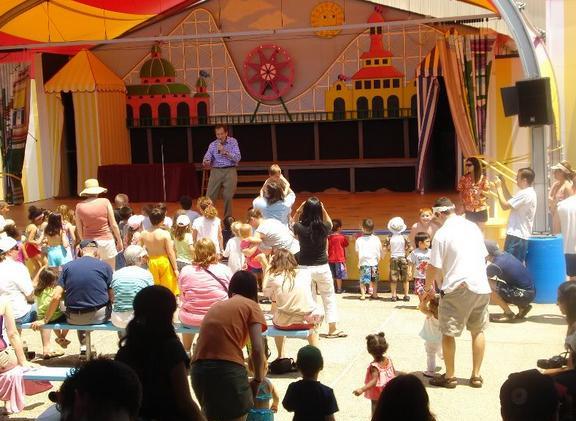 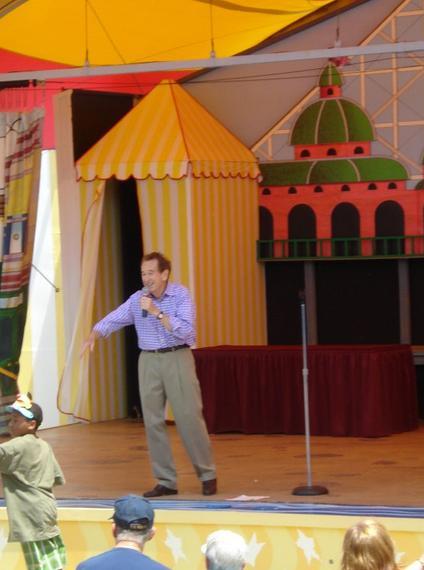 Image from WebShots
Behind him you can see the backdrops for 'Big Bird's Beach Party', the stage show that occupied the theater at that time. 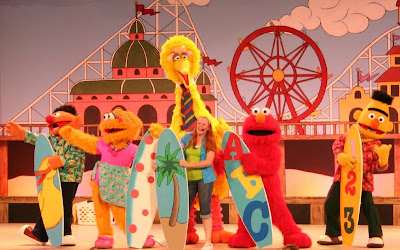 Bob is a talented singer and has recorded many albums with (and without) Sesame Street. 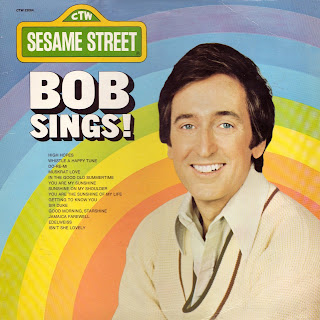 Bob's Wikipedia photo was taken on a different day at Sesame Place: 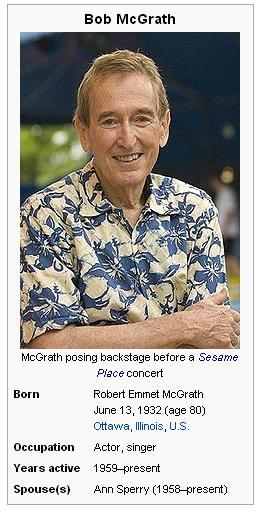 Here are a few more images of Bob performing at Sesame Place: 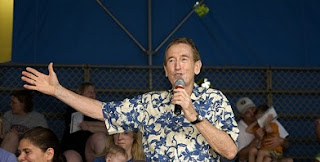 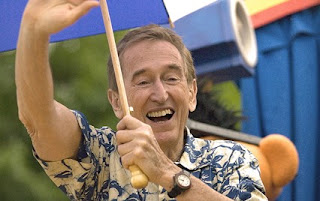