I found a Sesame Place YouTube video from July 1994. It shows this man performing in front of Sesame Neighborhood for a group of kids: 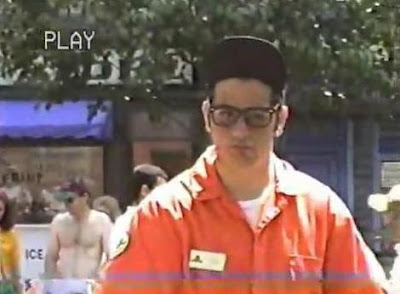 Sporting an upturned baseball cap, short orange coveralls, a tool belt full of props and a Sesame Place name-tag; he entertained a group of kids on a hot summer day. For lack of an actual name or character, lets just call him Handy Man. 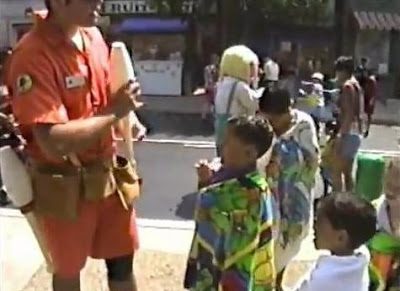 First he performs some slight of hand magic for one of the kids (who is draped in a pretty cool Teenage Mutant Ninja Turtles towel): 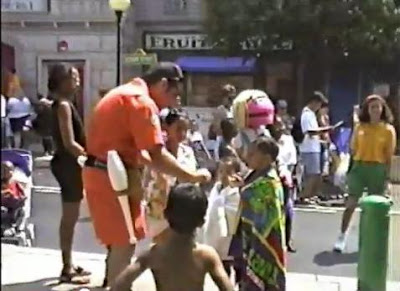 He then bonks the kids on the head with a toy hammer: 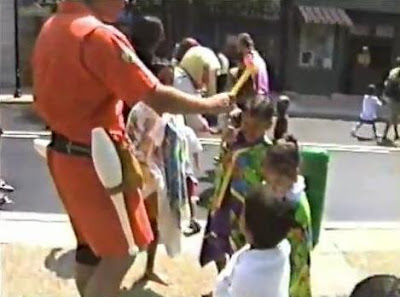 Then when the kid says he 'knows how the magic trick was done', Handy Man changes the subject by doing a little juggling: 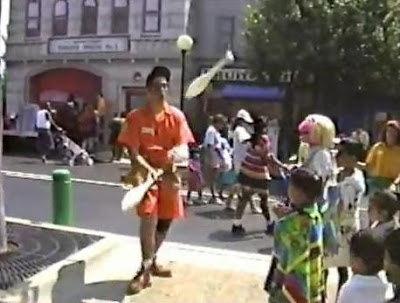 I don't think I've ever seen any similar street performers at Sesame Place. Disney has plenty of (what they call) Atmosphere Entertainment at their parks.

I love the idea of it. It can siphon off crowds and gives a real vibrancy to the street.

Have you ever seen any similar performers at Sesame Place? Let me know in the comments.
Posted by Guy Hutchinson at 9:46 AM