In 1982 The Oak Ridge Boys put out a video for their song "Thank God For Kids". It was filmed at the (then) new Sesame Place in Irving Texas. Below are some screen-caps from the video.

The first image shows a kid inside the Texas version of Crystal Climb. It's hard to tell if this was inside or outside. The Texas Sesame Place had more indoor space than the PA park does, so this is possible they had an indoor Crystal Climb. 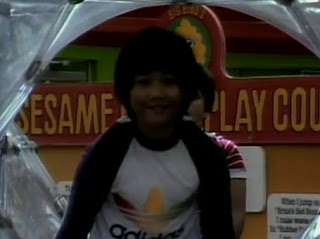 The image shows Big Bird at Sesame Studio. There was one in Langhorne, too. The video shows this Big Bird was animatronic and moved his mouth up and down. I don't know if the Langhorne ever moved. 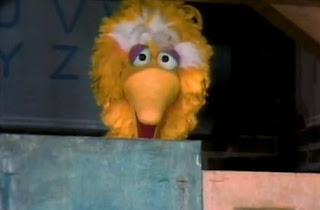 Here is a good look at the entrance to Sesame Place Texas. This Sesame Place had a 40,000 square foot building that guests entered through Big Bird's mouth, much like the head of Big Bird Bridge. 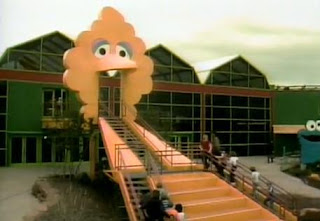 The difference in Texas was that the bridge behind Big Bird's mouth was indoor. 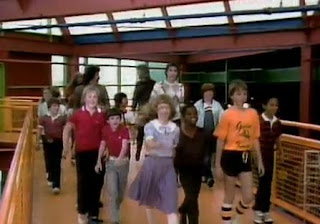 Sesame Place in Langhorne did (and still does) have a number of indoor attractions. The Texas park had all of those attractions in a single building, whereas Sesame Place Langhorne had them in 4 separate buildings. 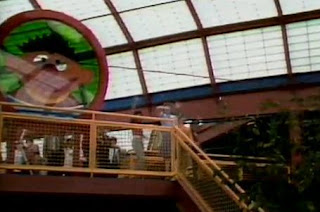 The Oak Ridge Boys video also gives us a look at the Sesame Studio Neighborhood Replica and the Ernie in the bathtub photo spot. Both were in Langhorne as well.

The video is a nice way to get a look at the Texas park. It was open for such a short time and there isn't much other video available to the public.