The Sesame Food Factory was created by Joe Baum (link) who also created  The Four Seasons Restaurant, Windows on the World, and the restored Rainbow Room. 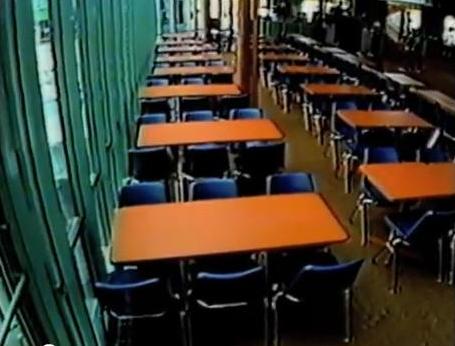 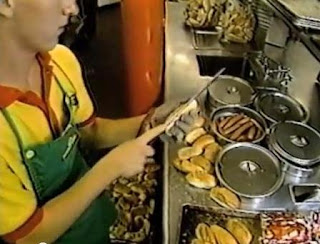 Styled in "High Tech" with colorful pipes and panels. Glass walls separated the kitchen so people could see food being prepared. 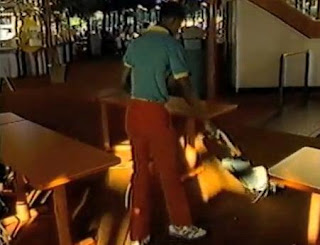 1986 Image from YouTube
Healthy food was stressed. Sandwiches were made from whole-grain and unbleached flours, pizza of whole grain flour and bran. 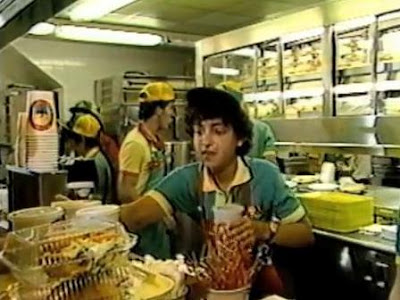 There were no french fries, instead "Potato Snuffles" which were shredded and baked. Small white bags with crunchy raw vegetable sticks were also served. 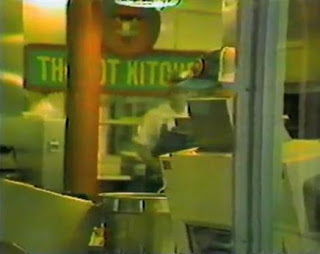 
Natural fruit juices as well as soda were available. The cups showed Cookie Monster in a circle that read Sesame Food Factory: 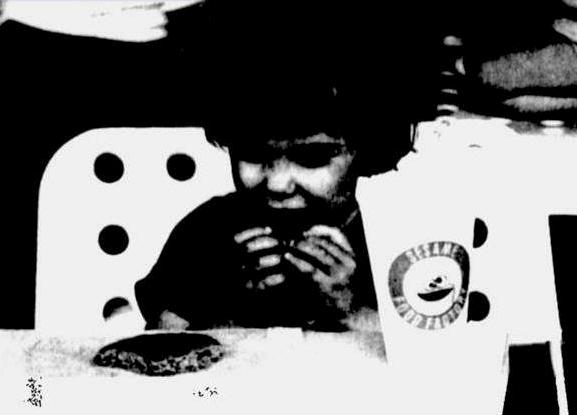 Today the restaurant has been replaced by Elmo's Eatery.
Posted by Guy Hutchinson at 5:30 AM