Rubber Duckie Pond was an opening day attraction that was located directly below Big Bird Bridge. 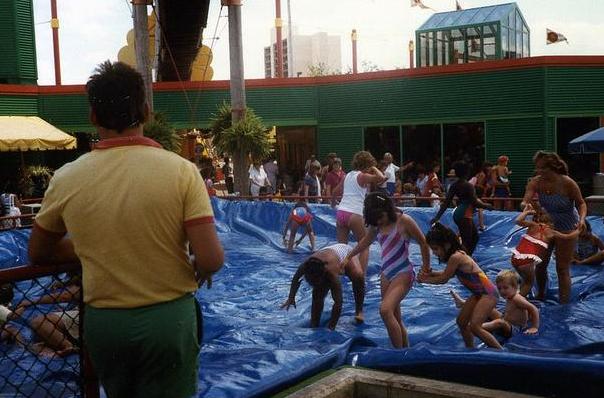 The attraction was simply a giant water bed. Kids would jump and bounce on the surface as an employee stood watch. 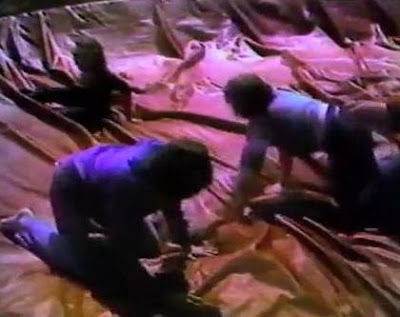 The surface was maroon on opening day. Years later it replaced with a blue surface.

Rubber Duckie Pond was eventually re-themed to be a splash pool. It's still kept the same name.

In the center of the splash pool incarnation of Rubber Duckie Pond was a statue of Ernie and Bert going fishing. 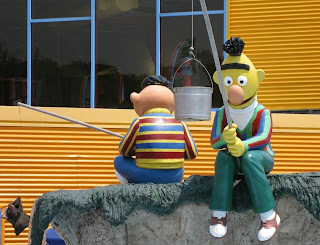 After the 2010 season, Rubber Duckie Pond was replaced with Elmo’s Cloud Chaser, a swing ride. 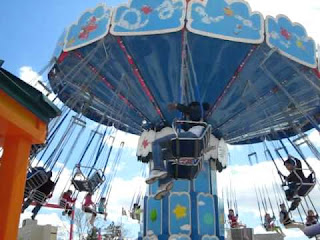 Posted by Guy Hutchinson at 7:36 AM