When Rosita debuted on Sesame Street she had a set of furry wings under her arms. 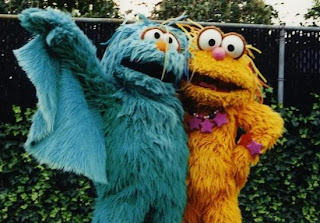 Image from Webshots
From Wikipedia:
Rosita was originally designed to look similar to a fruit bat and bore the name Rosita, La Monstrua de las Cuevas ("the monster of the caves"). However, her wings were removed in season 35. 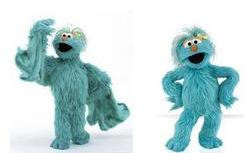 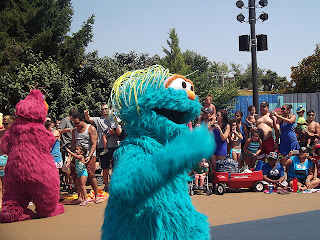 Image from Flickr
Posted by Guy Hutchinson at 10:29 AM